At the northern tip of the oldest desert in the world, lies a vast and varied ecosystem of winding scorched riverbeds and sprawling grassy plains, in anticipation of the rains to come – the Okavango Delta. Seasonal flood waters of epic proportions pour across the land, causing the delta to swell to three times its original size and transforming a dormant desert habitat into a vibrant emerald oasis, almost overnight. One of Africa’s Seven Natural Wonders, a UNESCO World Heritage Site, and a flourishing asylum for THE largest remaining elephant population in the world. If it sounds epic, it’s because it is.

The delta is home to a myriad of wildlife, including Africa’s iconic Big 5 (lion, leopard, elephant, buffalo, and the rare rhino), a small sampling of the ecosystem’s astounding 130 species of resident mammals, joined by over 500 different species of bird. Safari by horseback and chase across wide open expanse teeming with wildlife, glide through the serpentine waterways of the Okavango by traditional dug-out canoe (Mokoro) or soar above verdant wetlands from the comfort of your private helicopter.

The delta is deserving of her spotlight but since we like to tell of the untold, Botswana is home to not one but several natural wonders to be in awe of. Stretching out over an astonishing distance of 11,583 miles², are the Makgadikgadi Pans, making up the largest salt pan in the world and widely surpassing the more commonly known Salar de Uyuni in Bolivia. While surprised by the anonymity these awe-inspiring flats have maintained, we’re happy to let Salar de Uyuni take all of the glory and keep Makgadikgadi as charmingly remote and individually exceptional as it is.

Travel east to Chobe National Park – to enter these grounds is to enter the Kingdom of elephants, 50,000 elephants to be exact. A true wildlife paradise and one of Africa’s most beloved parks. Venture south to the Central Kalahari Game Reserve, the second largest wildlife reserve in the world, where giraffes graze, leopards drag their fresh kill into trees, and cheetahs dominate the race against buffalos and gazelles. Head north and pay a visit to Tsodilo Hills to see the largest collection of rock art sites in the world, earning its moniker as the “Louvre of the Desert”. Whilst up there, visit Earth’s only international quadripoint, where Zambia, Zimbabwe, Namibia, and Botswana meet at the eastern tip of the Caprivi Strip; and the only place in the world where you can stand in four countries at once.

Botswana is known for its boundless and pristine wilderness where big cats meander freely; hippos laze along marshy delta banks and antelopes dash across endless grass plains. Stampedes of wild Zebra leave behind a swirling storm of desert sand, thundering across great distances in what is known as the longest big-mammal migration ever recorded on the African continent. Botswana is often regarded as THE ultimate safari destination, in part due to its enforcement of some of the strictest anti-poaching methods in Africa. With nearly a third of its territory being protected wilderness paired with the near pristine state of a largely untransformed wetland system – Botswana belongs to its wildlife.

HOME AWAY FROM HOME

Understated intimacy and refined luxury are etched into lavish white tents, alfresco/outdoor rain showers, and private plunge pools. Retire to your spacious suite or cozy up by the fire pit to unwind from your adventure-filled day. Enjoy the subtle yet extraordinary luxuries that come with being right at the heart of the Okavango Delta. Savor gourmet meals inspired by local ingredients and savoir-faire while antelope, zebra, and giraffe (to name a few) graze in the near distance. Opt for a “Star Bed” experience and dream beneath a whimsical star-speckled sky beside resident African Elephants. Botswana’s luxury lodges seamlessly incorporate the abounding nature into the design of your home away from home. The use of sustainable materials throughout invokes breathable and opulent spaces, providing guests with a quintessential blend of luxury and authenticity. 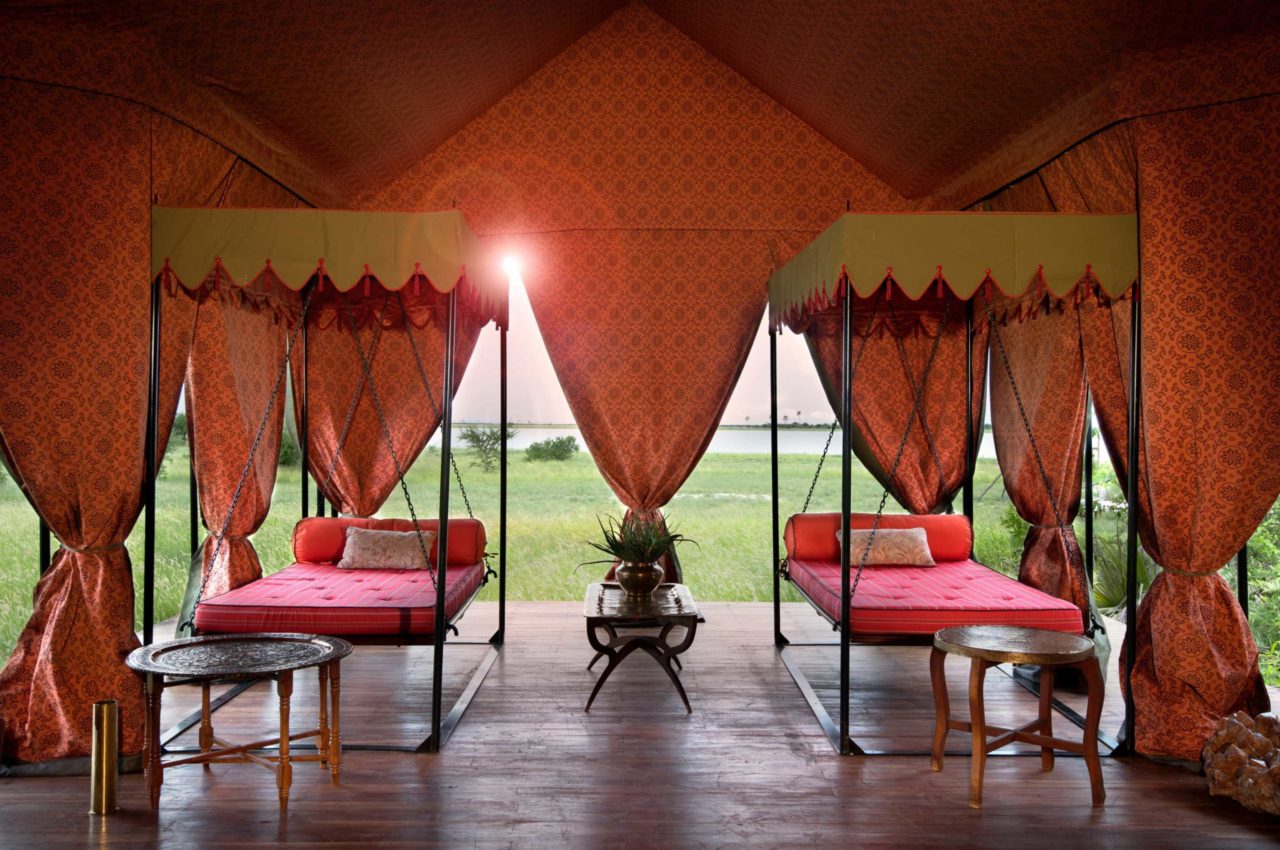 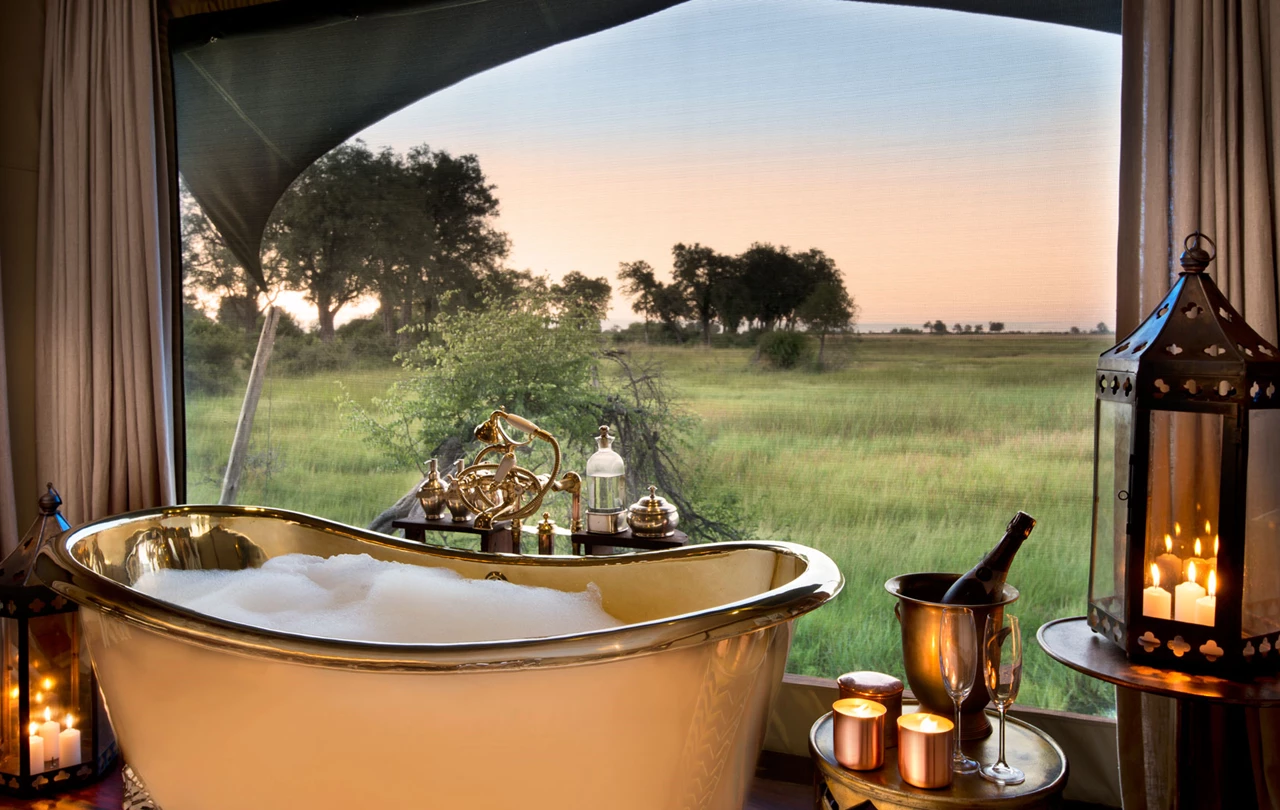 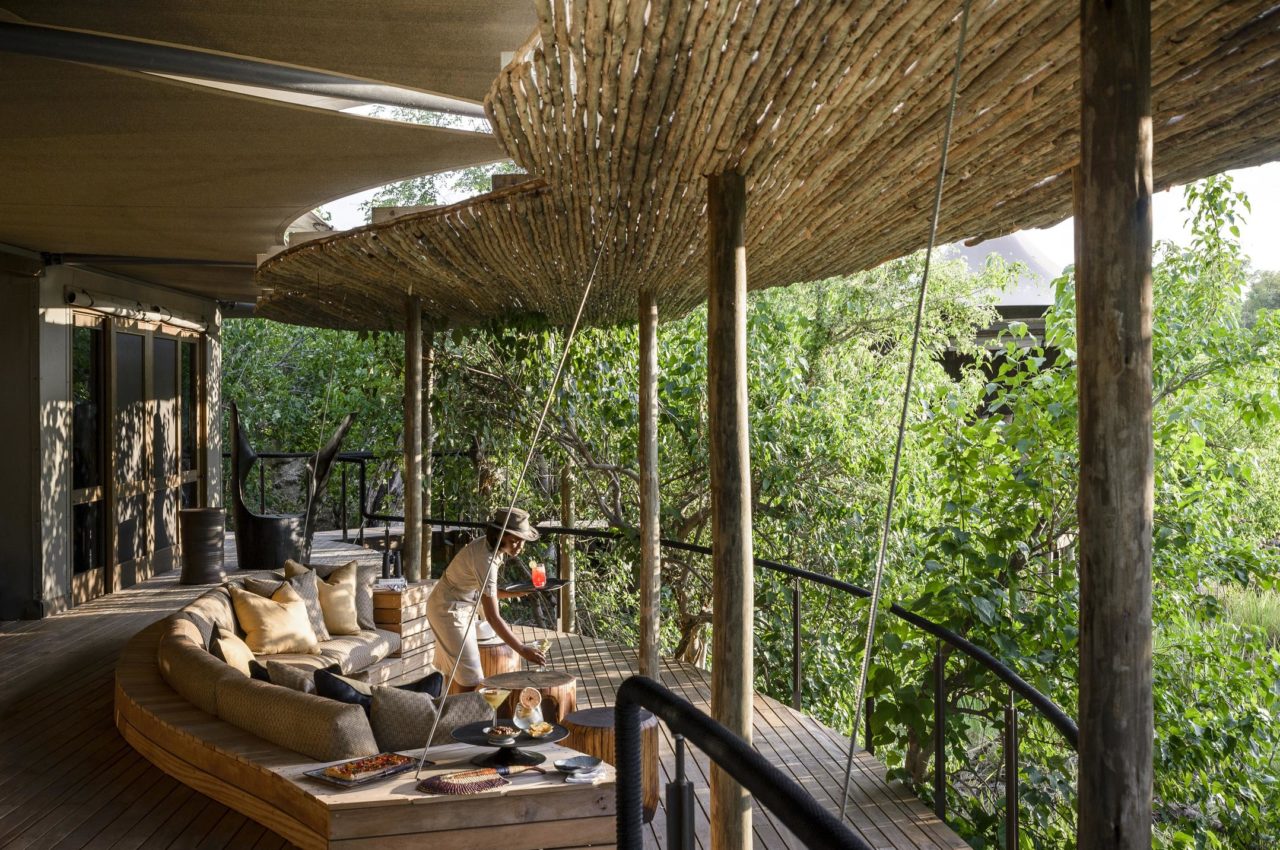 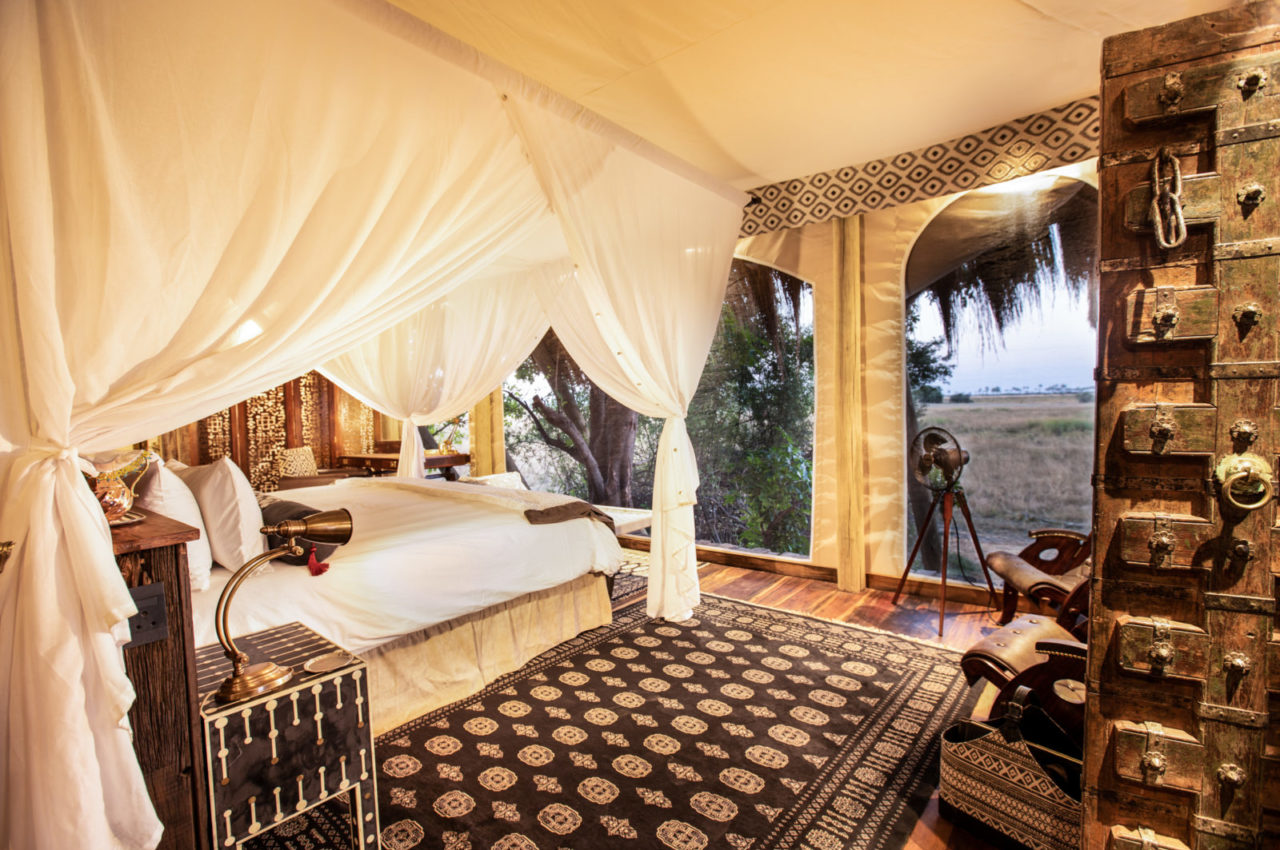 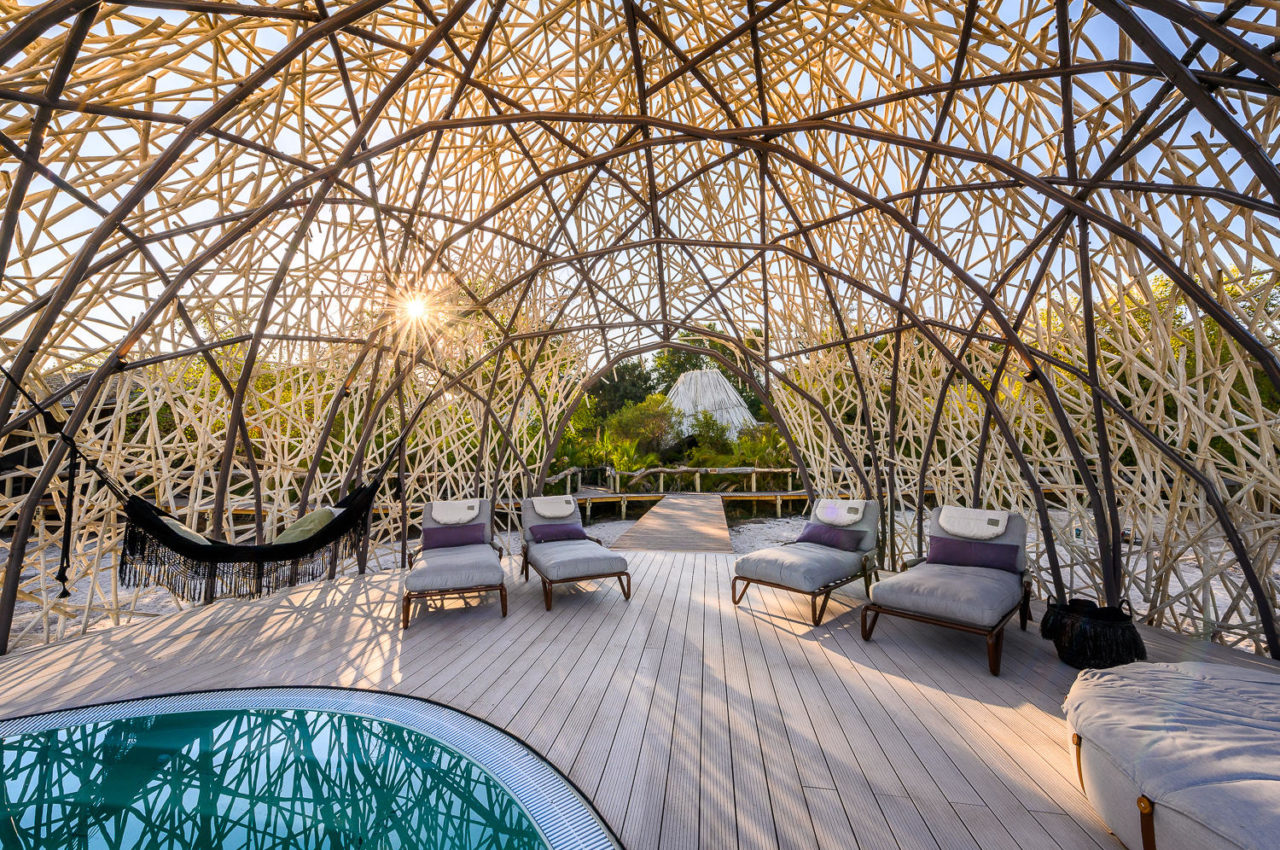 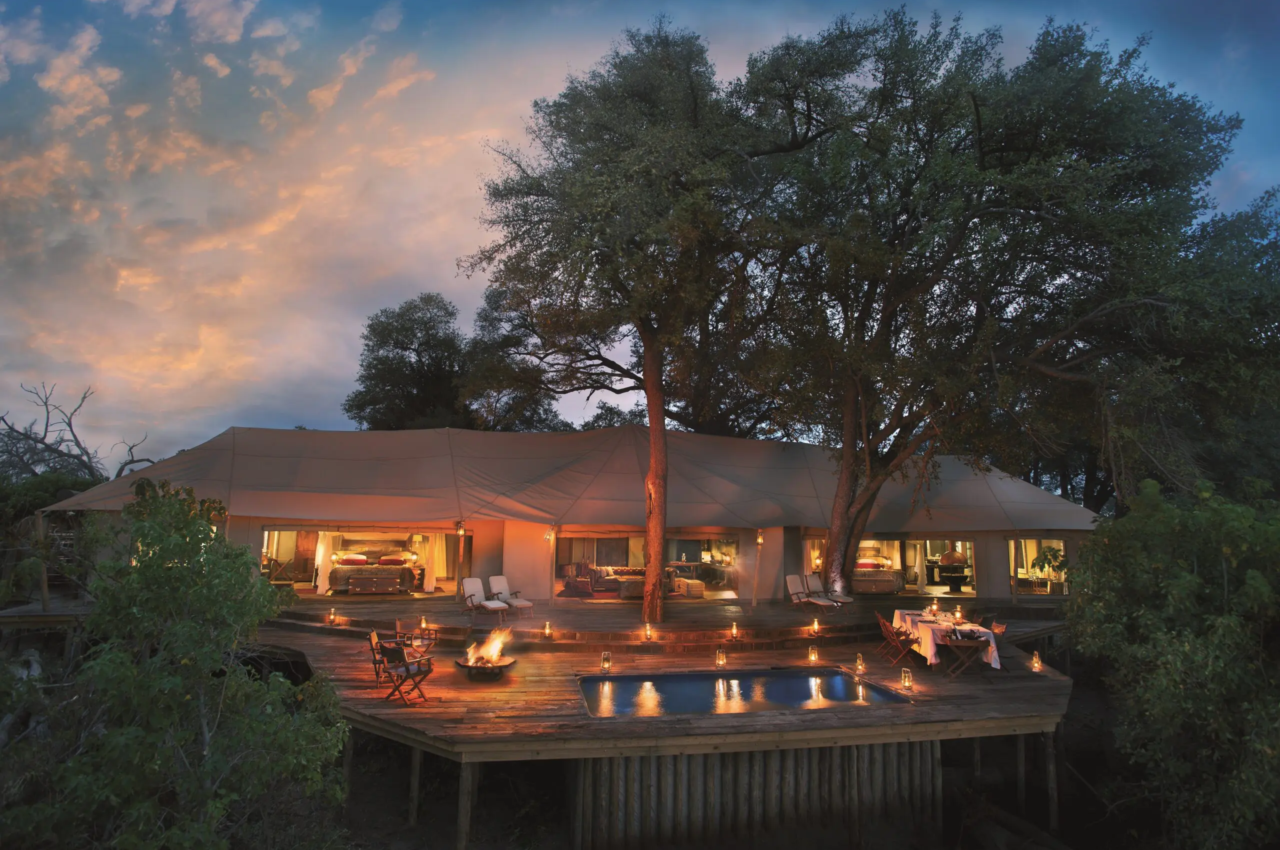 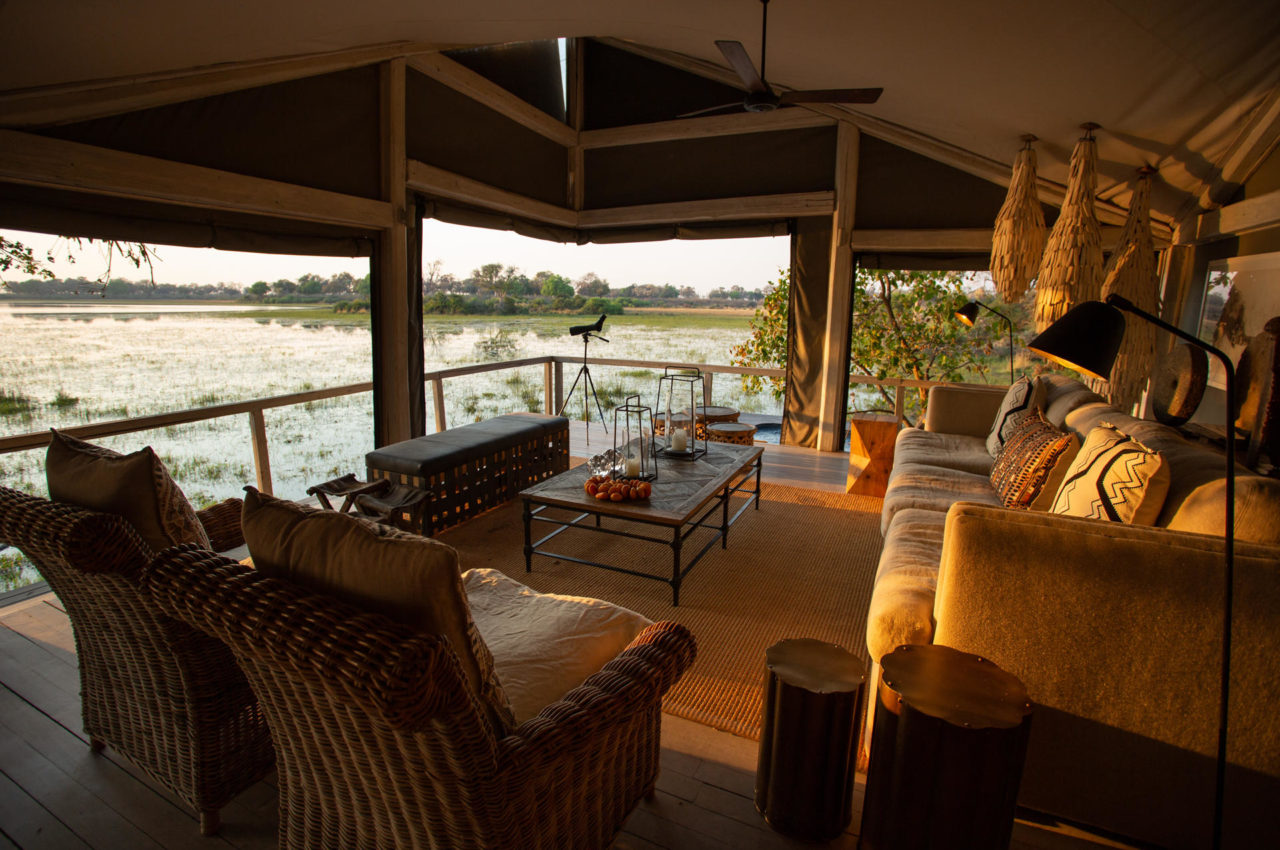 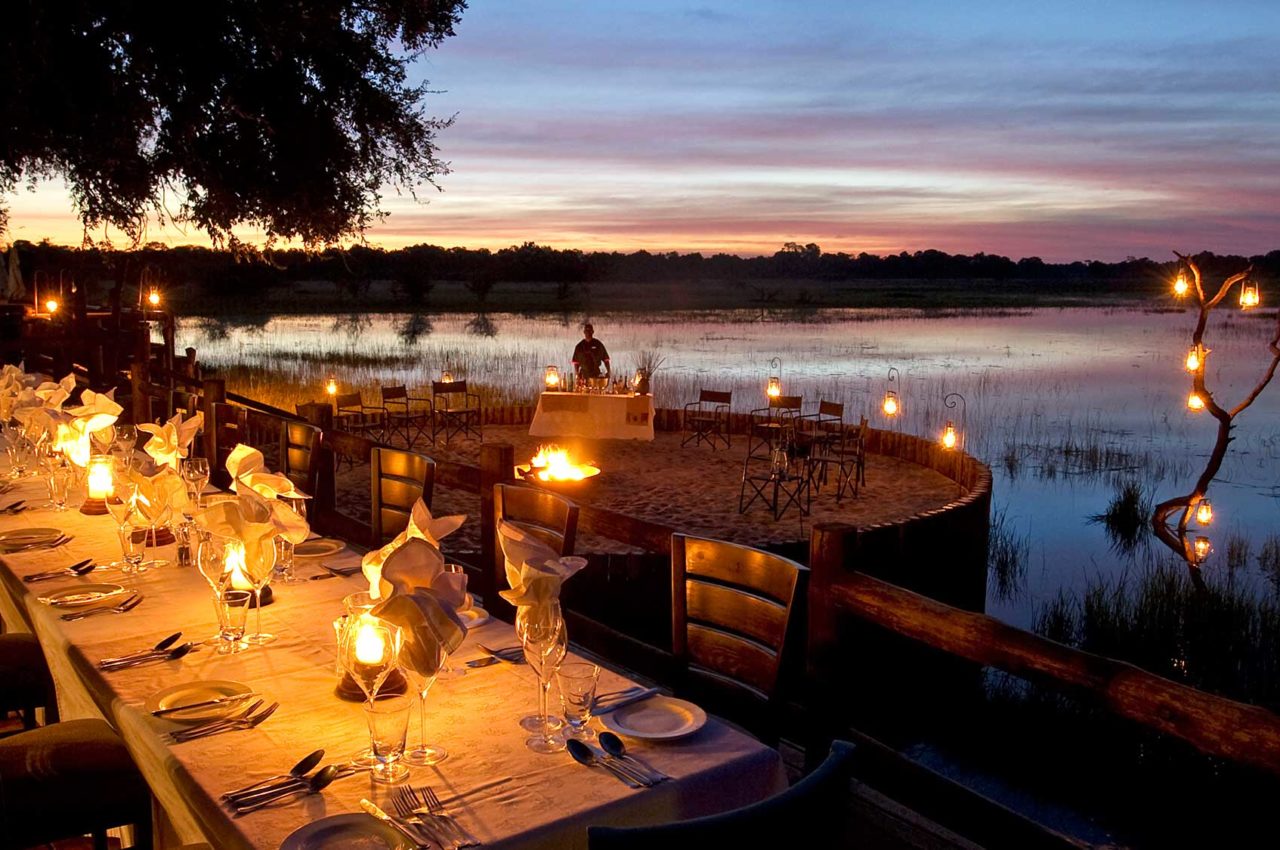 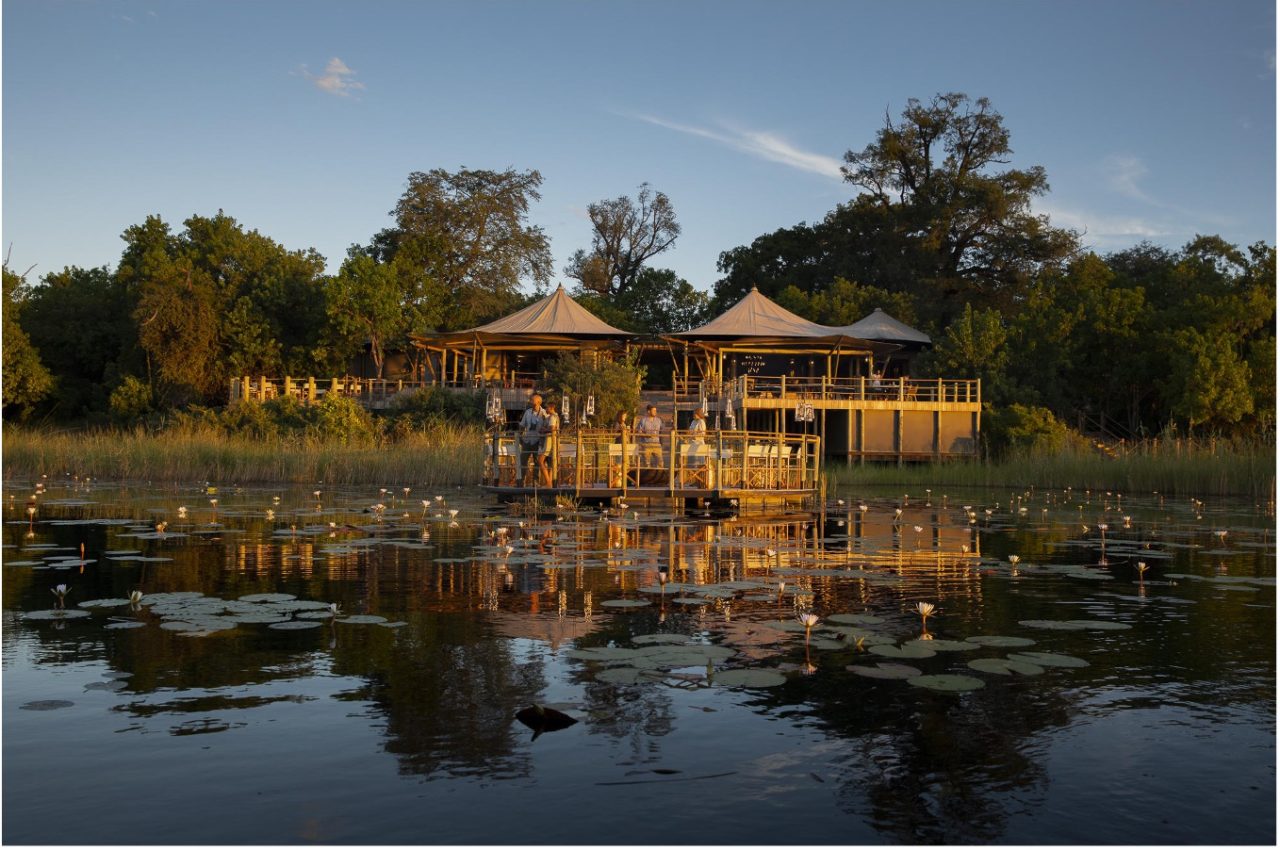 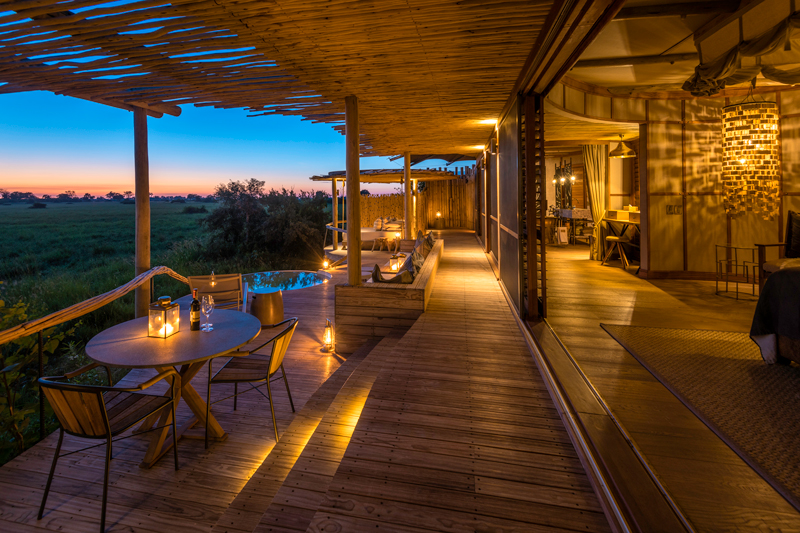 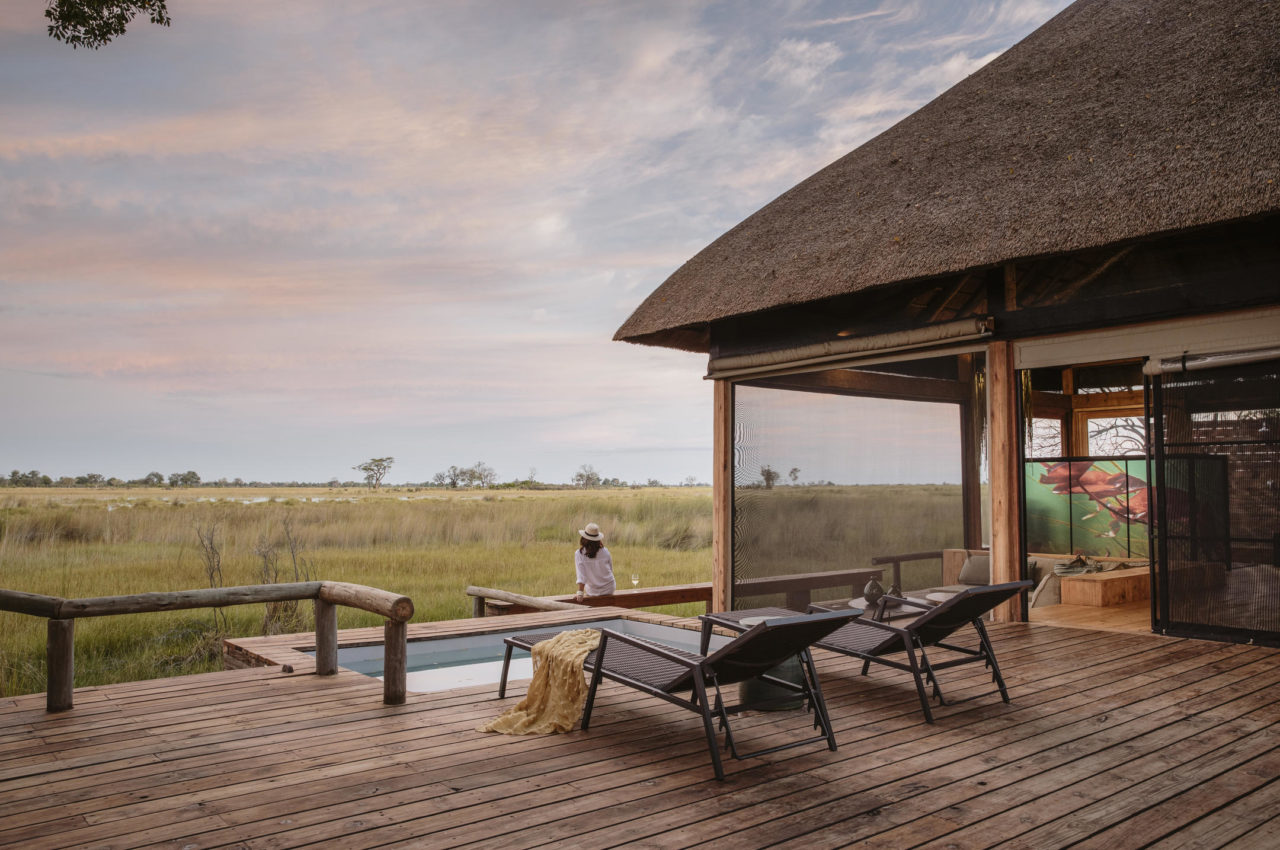 The ideal time to plan a trip to Botswana is during the dry season between May and October. During this period, you can expect warm, sunny days and slightly cooler nights. At this time, the water levels will be at their highest, making it the perfect time to visit the acclaimed Okavango Delta.